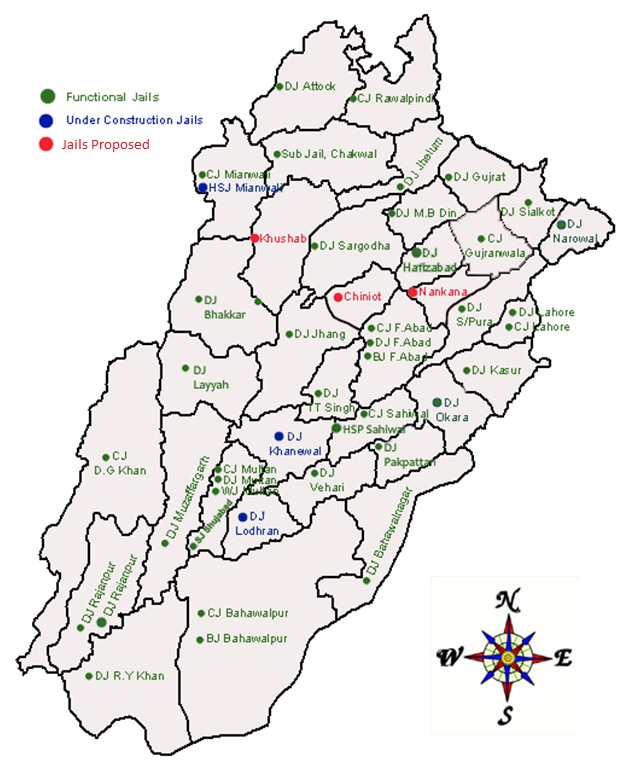 The Punjab Prisons Department was established in 1854 for Custody, Care and Control of prisoners confined in various central, district and special jails in the province of Punjab. Dr. C. Hathaway was appointed as first Inspector General (IG) of Prisons. The Prisons Act of 1894 (Act No. IX of 1894) was passed by the Governor-General of India on March 22, 1894

At the time of independence, the Punjab inherited nineteen(19) jails whereas Twenty One(21) more jails have so far been commissioned in the province after independence. Presently there are Forty(40) Jails functional in the Province including One(1) High Security Prison, Nine(9) Central Jails, Twenty Five(25) District Jails, Two(2) Borstal Institutions & Juvenile Jails, One(1) Women Jail and Two(2) Sub Jails. Three(3) new Jails are under construction at the moment.